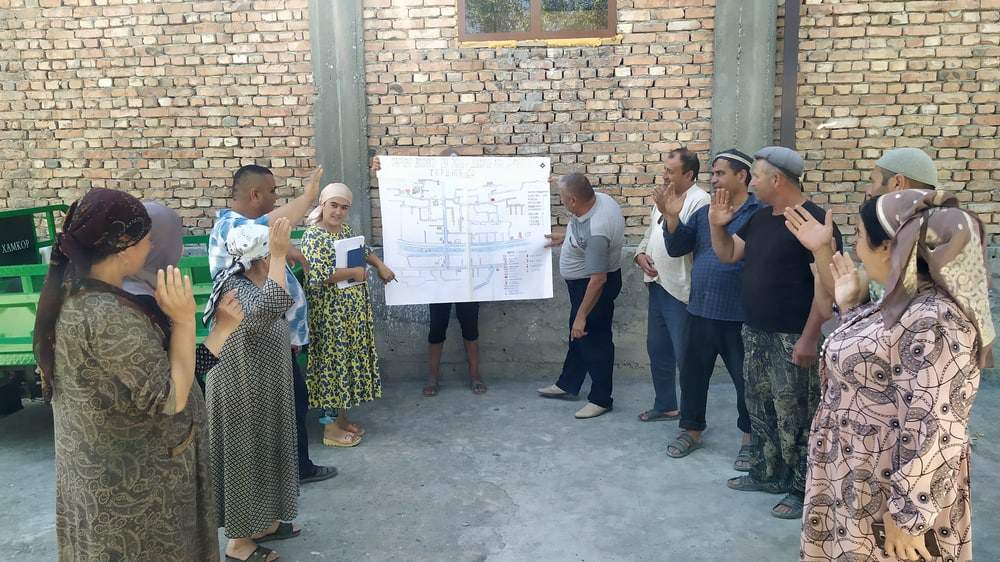 Within the framework of the Rural Infrastructure Development Project, Facilitating partners, ACTED (France), Yuksalish Nationwide Movement/Tarakkiyot NGO/ISW (Canada), are carrying out activities for the first social audit in the Devairon and Sohibkor mahallas of Sokh district, Ferghana region.

Initially, the project activists in makhallas were explained the purpose of the 1st social audit, the role of members of the makhalla development groups and the community monitoring group. In addition, information was provided on the planned and completed work on priority subprojects selected in the rural development plan.

The meetings took place along the streets. During the events, the participants, that is, the residents of makhallas, were informed about the goals of the project, principles, activities, form 3.4, as well as on which streets the selected subprojects will be implemented, and about the allocated funds.

For reference: in total, within the framework of the Rural Infrastructure Development Project in Sokh district, with a population of 34,272 people, it is planned to improve infrastructure in 9 makhallas 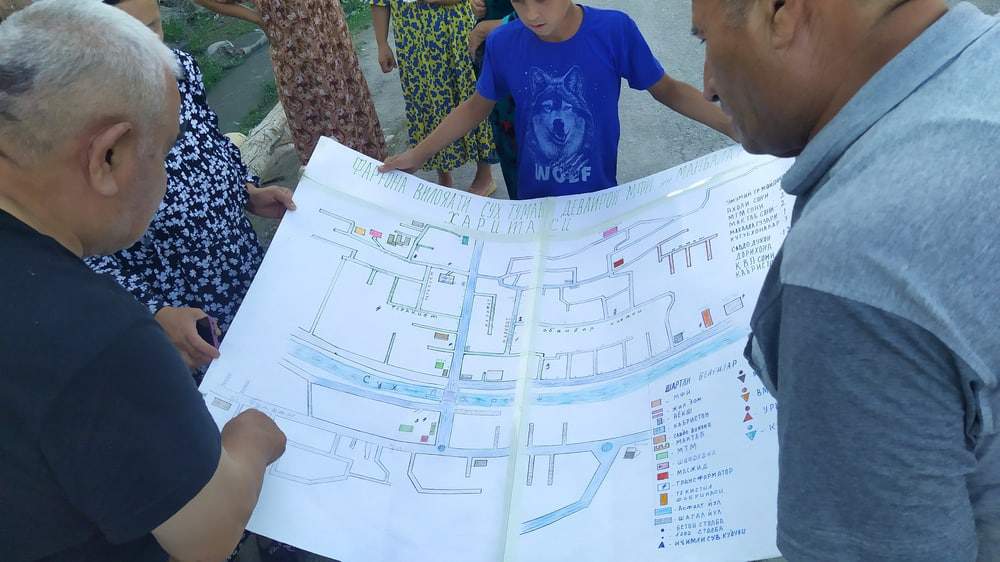 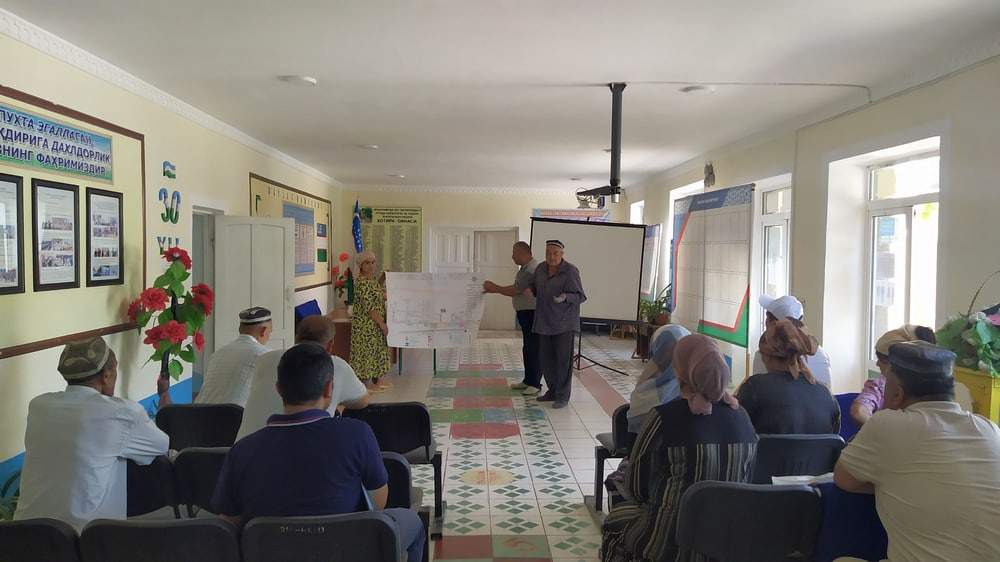